With this being our last week in Rwanda (time has gone SO fast), Nina and I took a few of the kids we’ve gotten close to– John, Benoit, Patrick and Patrick (there are even more Patricks than Johns)– on a little farewell outing yesterday. Tara and Abby, two volunteers who are living at the orphanage itself, also came along, as did Innocent, who Tara has semi-adopted. The boys put on their best clothes and we loaded them up in the taxi buses and headed from the orphanage to Lake Kivu.
They did a little swimming and then we had lunch at the Serena (a hotel that’s right on the lake). We ordered hamburgers and fries for the boys and when they arrived they all looked semi-terrified at the very-large burgers in front of them. Meat is rare at the orphanage and they were a little unsure of what they were getting themselves into. After a little encouraging– and a demonstration by Innocent on how to actually eat the thing– they dug in and all was well.

After lunch it was more fun on the lake. John and Innocent, true to character, quickly made friends with everyone at the hotel and in no time were swimming with retirees and playing soccer with college students. All were enthralled when the hotel staff did a jet ski demonstration.

Once it was time to go we took the kids back on motos (motorcycle taxis)– another first for most of the boys, as evidenced by how tightly they held on the moto drivers.

Overall it was a fantastic day, and a great way to start wrapping up our time in Rwanda. 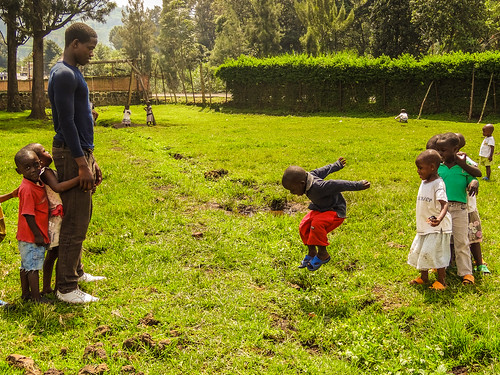 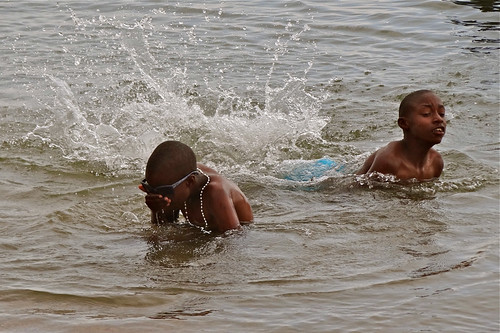 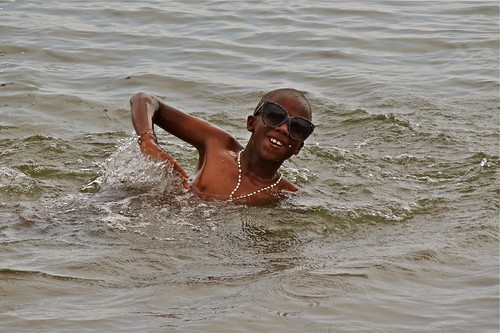 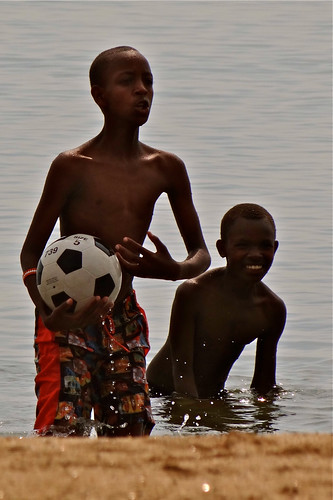 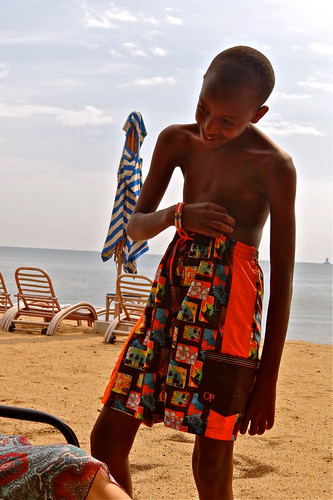 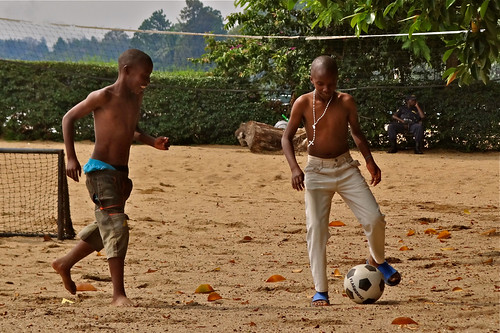 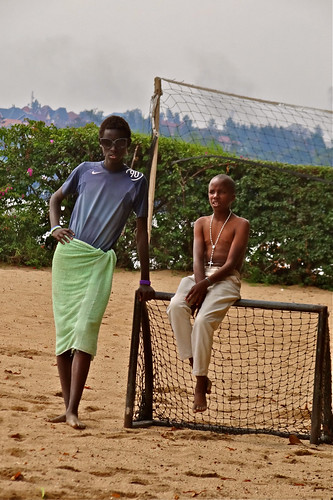 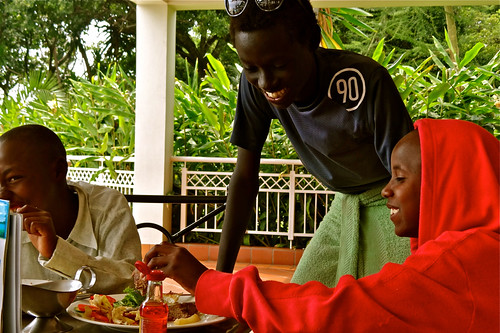 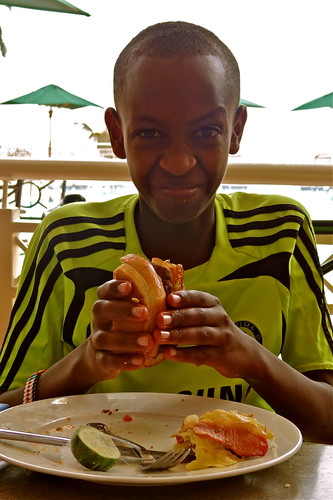 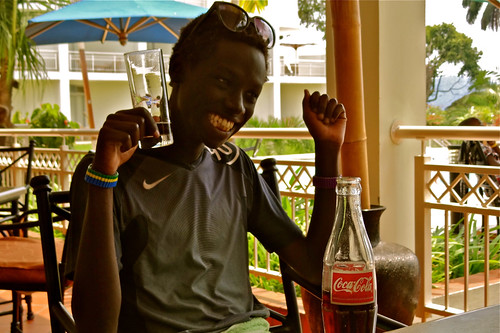 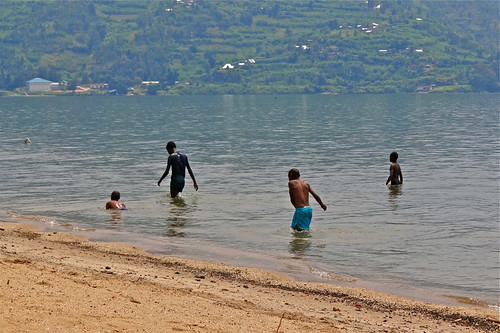 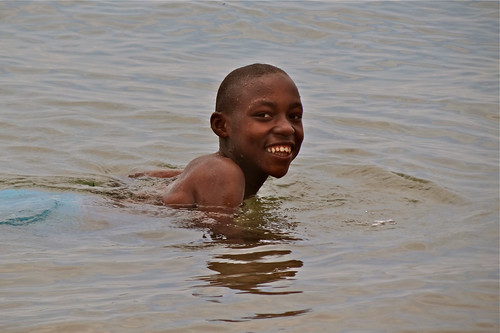 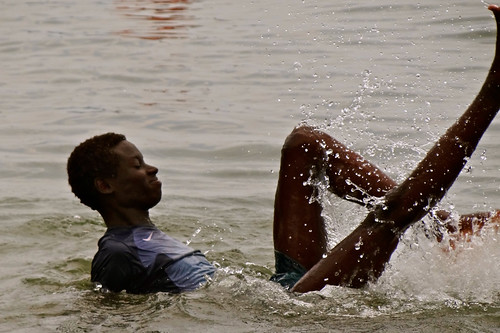 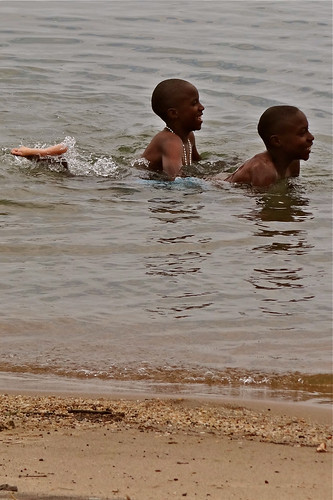 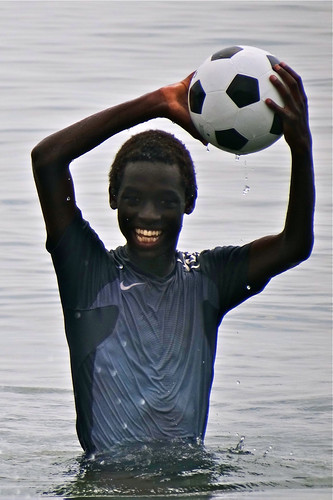 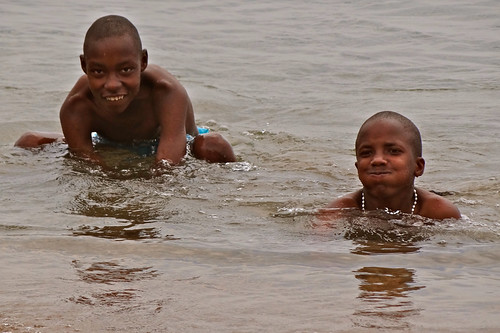 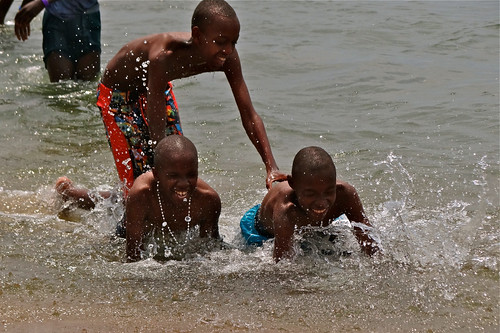 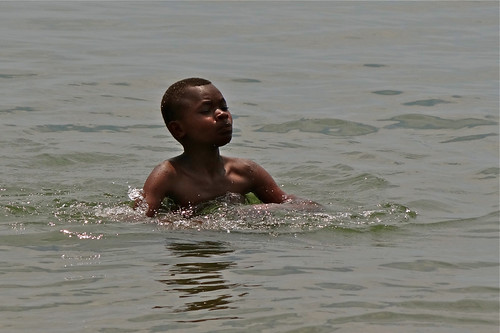 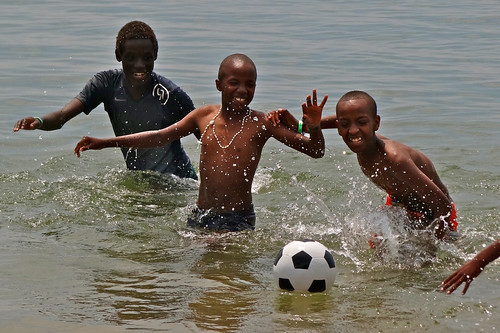 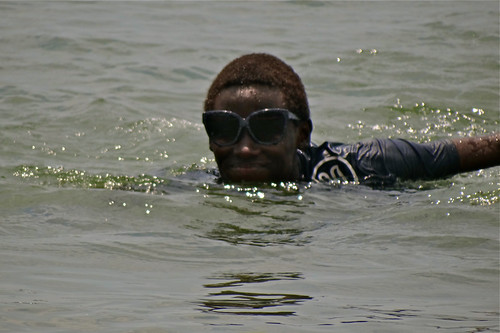