Today we resumed teaching the kids after the weekend break.  Since Bingo appeared to be a lost cause, we went for coloring, which went over a lot better.  The beginning kids colored alphabet flash cards and the more advanced kids worked on vocab coloring books.

We also had a speed competition for identifying letters and sounding out words, with stickers for the fastest.  Unfortunately the stickers didn’t work out quite as planned and there were several accusations of sticker theft resulting in quite a few tears. We ended up giving stickers to everyone to settle the conflict, but it made for a few hairy minutes.

The kids go to school in 4 sessions, each about 1 hour 15 minutes.  In between class time they have 30 minute recesses, with a longer break for lunch.  During recess they play games that are sort of identifiable, but not really.  For instance, their version of “Duck, Duck, Goose” involves throwing your jacket at the person you’re chasing, and to get out of the mush pot you have to serve imaginary coffee to everyone sitting in the circle.  And the whole time they sing. Just what they’re singing, I have no idea, since it’s in Amharic, of which I know exactly two words. (Salaam = hello and Ciao = goodbye).

It was a nice sunny day until about 5 minutes ago when it started pouring again, but it was good timing since we’re done for the night anyway.  Even when it’s sunny though it’s only about 70 degrees, so I think I’m in for a shock when I head down to Zanzibar and Kenya next week (where it’s currently 99).

Here are some photos of Ethiopia so far: 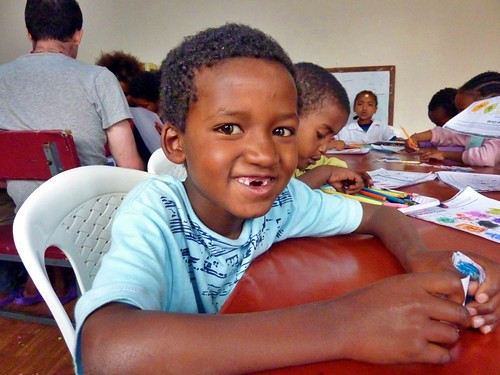 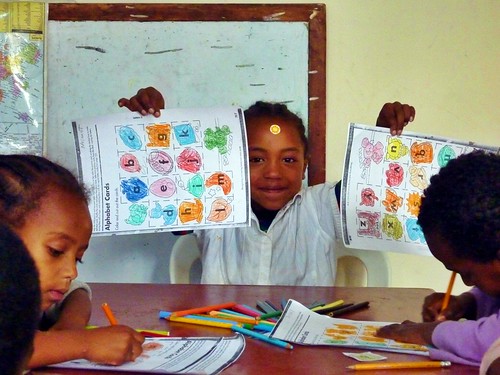 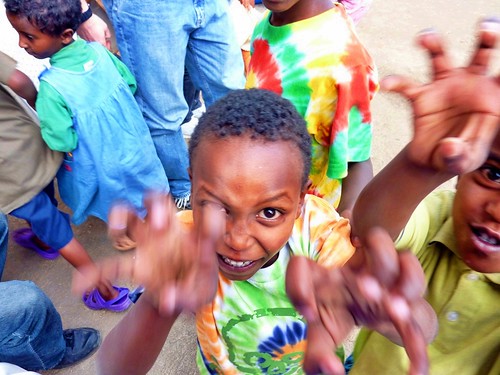 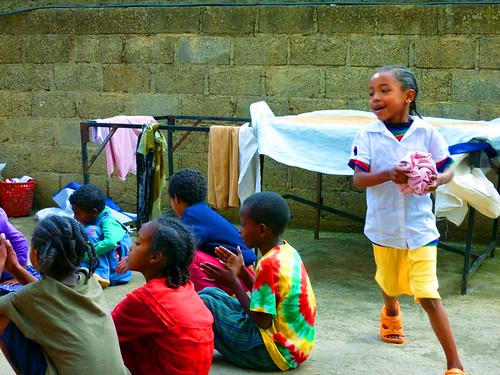 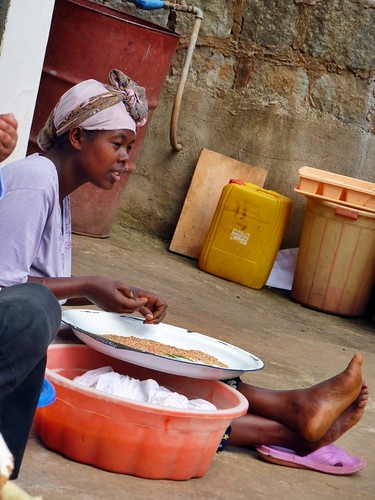 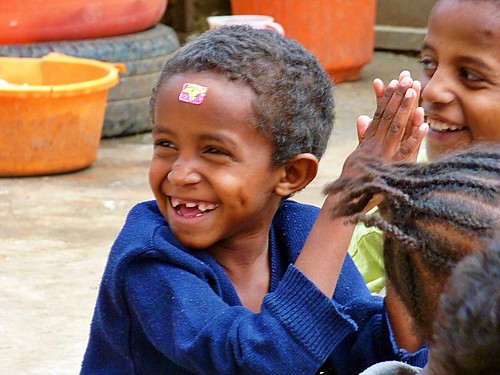 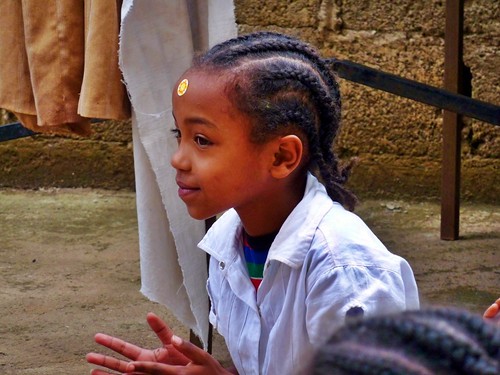 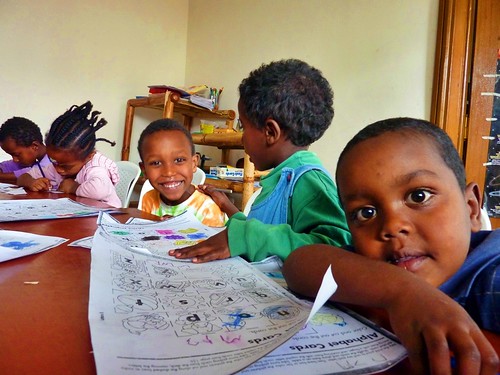 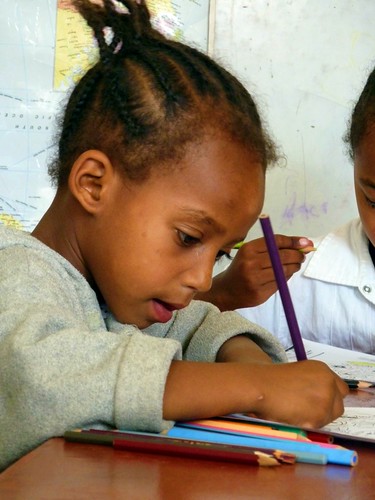 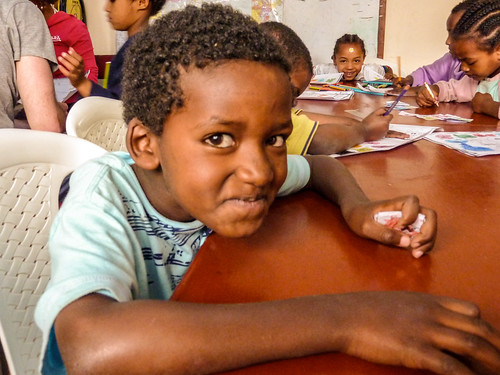 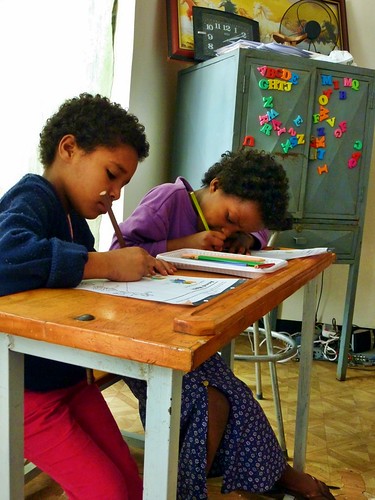 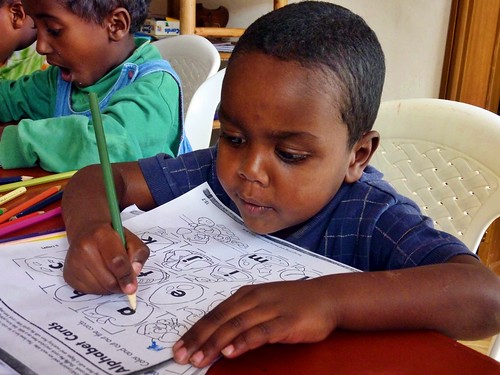 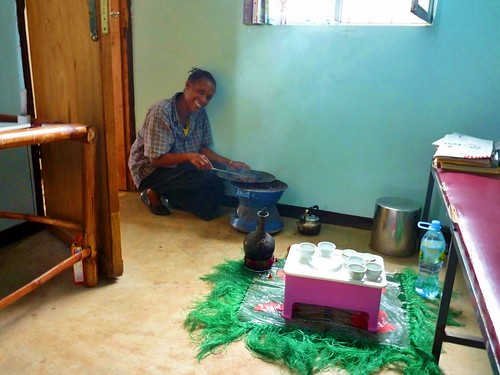 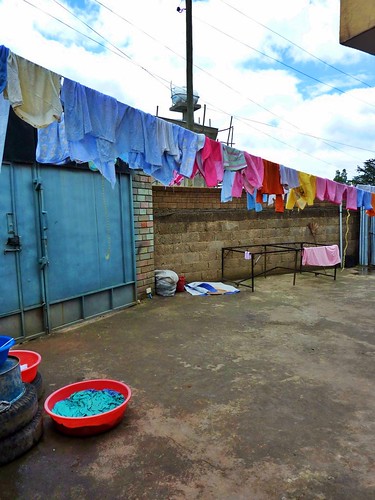 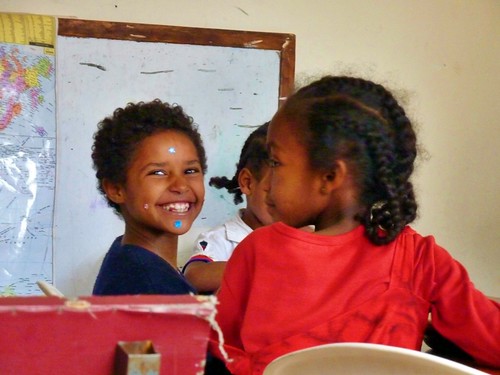 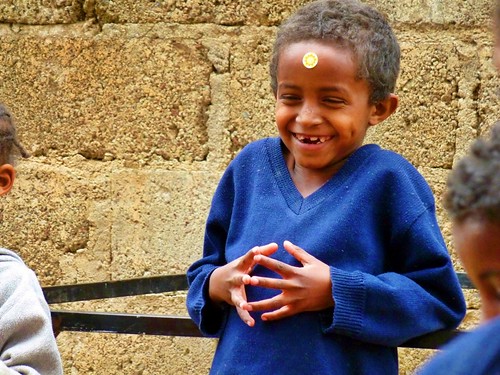 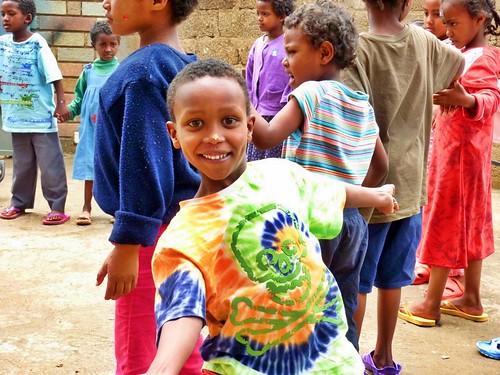 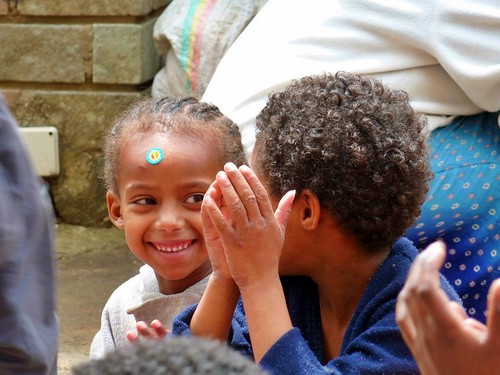 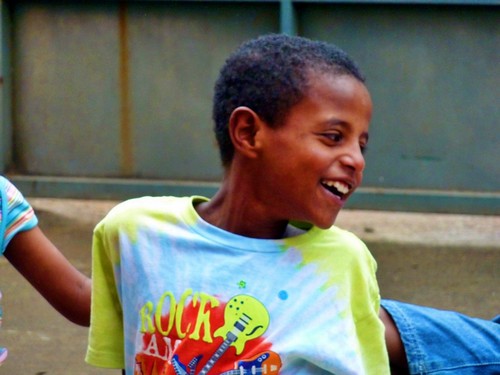 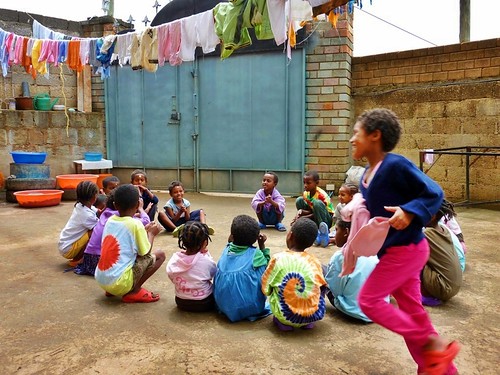 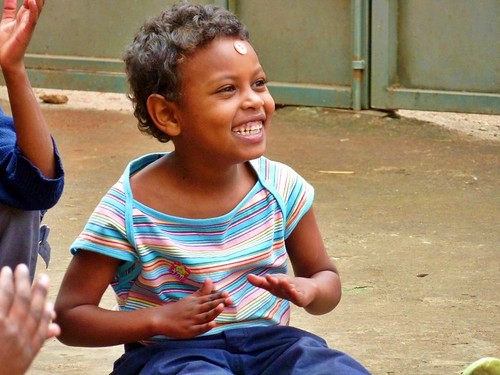 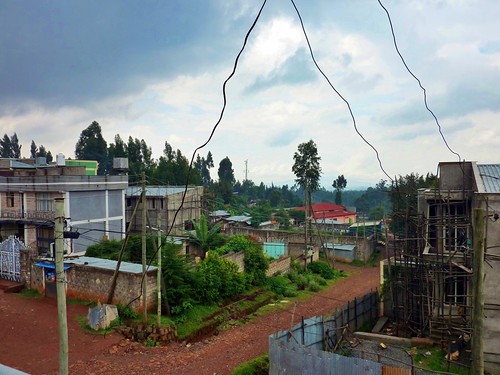